My name is Laura Otermat. I’m a software engineer. My day job is to work for Adap.tv. In my free time, I like to make things, like this blog.

The Mother of All Demos

Clarissa Explains It All Computer Games

These YouTube videos, produced by Adafruit Industries, help explain some of the nuts and bolts of electronics, a precursor to building robots. I like the puppet-and-person approach to teaching and think it makes it easier to pay attention, even though I'm not the target audience.

Robots are cool because, once they are programmed, they work autonomously. I want to learn how to make them. I know how to program computers, so I should be able to program a robot. So, I've started learning how to hook up the circuitry.


This was my first attempt: Robot Building for Beginners. It's a good book, but it requires dedicated reading because each chapter expects a thorough understanding of the previous. For instance, you can't build the circuitry without exactly the right resistors. Also, the kit (sold separately) varies slightly from the text, so you still need to think about every piece in your robot. The author assures that the parts will meet the same goal, however, you need to have the confidence and knowledge to make certain adjustments. I'll eventually work through the whole book, but I don't think it's the best first step. 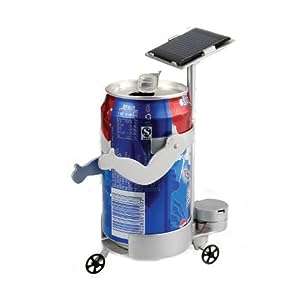 My next attempt was a robot kit. This Solar Powered Pop Can Robot came together in half an hour. The wires from the solar panel where the wrong length, and the solar panel is grossly under-powered. However, I felt very accomplished putting it together. 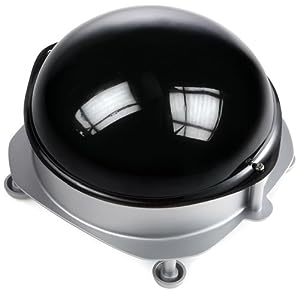 This is my second attempt at a robot kit: 4M Smart Robot. It closely resembles this toy: Weasel Ball, except with a plastic shell on top instead of a fake "weasel" attached. It's charm is its erratic movement pattern. Basically, the battery-powered engine in the center of the ball is off-center. As the engine spins around the center pole, the ball rolls to correct its center of gravity. By the time the ball rolls to the right place, the engine has moved and the gravity needs to be re-centered again. The explanation is more interesting that the last robot, but the construction is much easier; it took ten minutes to screw together this robot.